Announcing the second headliner of MGCDF 2020!

Dear friends, as we started the presentation of the roster of the upcoming 12th installment of our/your Czech metal feast, so we continue in the same vein, that is, with our second headliner - the Suomi maniacs Impaled Nazarene! 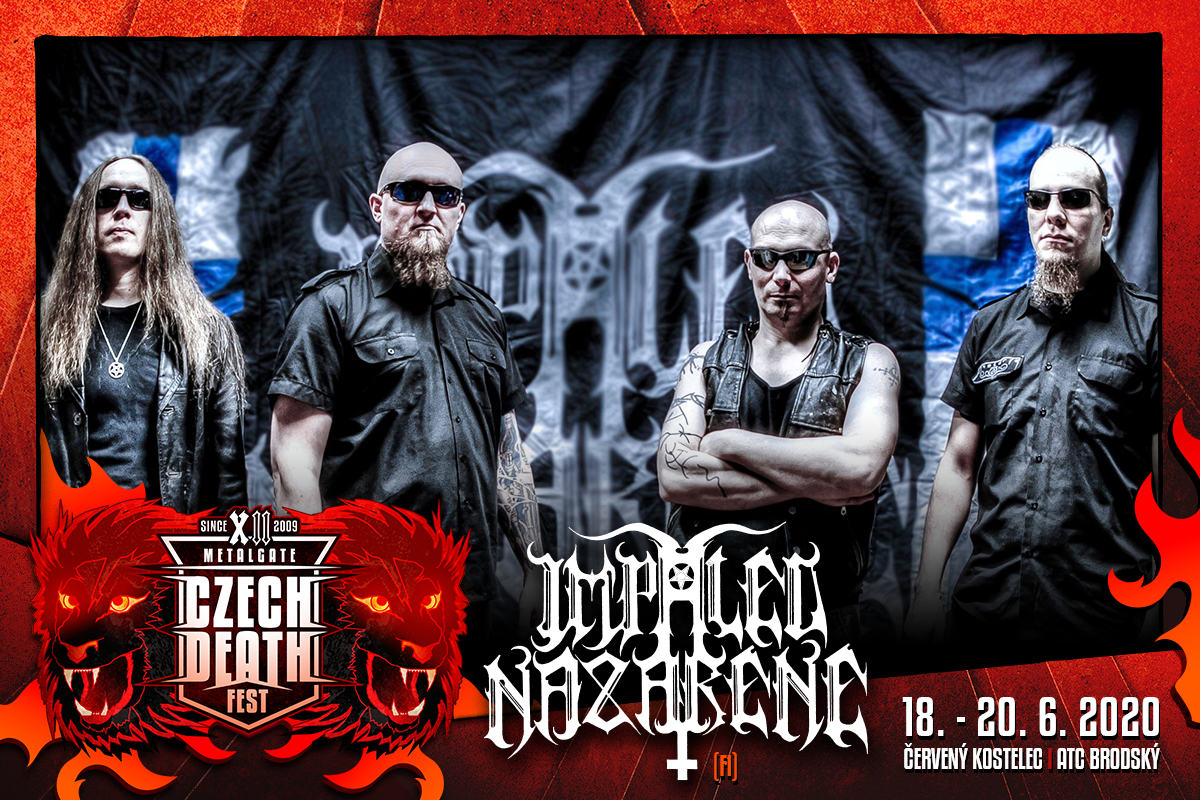 IMPALED NAZARENE have always been a force of nature. Since their founding in Oulu, Finland, in the 90s, the band was involved in so many tense situations that their description would fill volumes. Cancelled shows, poisoning of the vocalist Sluti666, allegations of hatred towards the Norwegian black metal scene, problems with the “Urga-Karma” cover art that got them into conflict with Hare Krishna, and of course, criticism for overt nationalism, related especially to their “Suomi Finland Perkele” full-length and its subsequent withdrawal from stores – such is but a short list of what the band went through. What matters however is that IMPALED NAZARENE have not given a shit about any of it. Their aim has always been to unleash upon the world one hefty load of black metal anger, aggression and perversion after another. Such imperative was present already when the first demos were spawned in the early 90s, gaining for the band not only shows alongside Sentenced or Amorphis, but also a deal with the French label Osmose Productions. Their debut full-length “Tol Cormpt Norz Norz…” (1993) was thus already handled by this acclaimed label and reached the 40th place in the Finish album charts. It also marked the beginning of a lengthy cooperation, as Osmose released worldwide all IMPALED NAZARENE full-lengths thus far. As for the band as such, it has been all over the place since the 90s, from grand tours alongside iconic names of the extreme metal scene and unforgettable festival performances, to heated arguments within the band, leading to fights, as well as regular bans of either their shows or their albums. None of that could however derail the march of IMPALED NAZARENE. Metal is what matters and the rest is subject to the proverbial middle finger. So, if you dare, get ready for the triumphant return of these Finns to Czech Republic. There will be no shortage of satanism, sexual perversion and of the famous “goat songs” on MGCDF 2020!