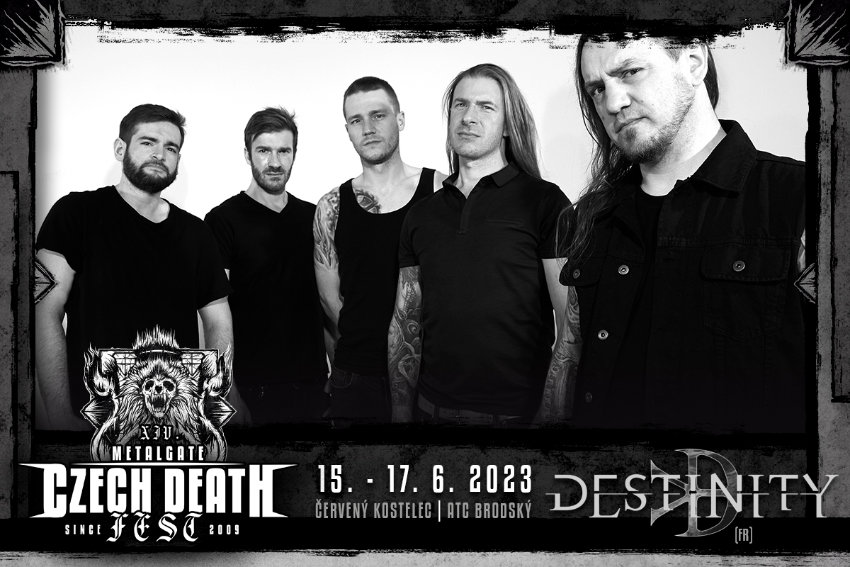 The French outfit DESTINITY revels in heavyweight metal since the mid-90s. From their initial direction of symphonic black/death, the band gradually shifted to melodic death metal, which meant an international breakthrough. After all, DESTINITY are very much capable of fusing the extreme with hymnic choruses and guitar lines that sear into one’s memory. Hence, their music is accessible to a wide range of metal fans, making them a great band for summer festivals! Last year, DESTINITY released a brand-new opus “In Continuum”, which makes clear that even after a quarter of a century on the scene, the band does not live off its past achievements, but is marching uncompromisingly forward. And should you wish to explore what came before, try for example their 2008 full-length “The Inside”! Their appearance on such iconic festivals as Hellfest Open Air, Summer Breeze or Turock Open Air further speaks to the qualities of DESTINITY.