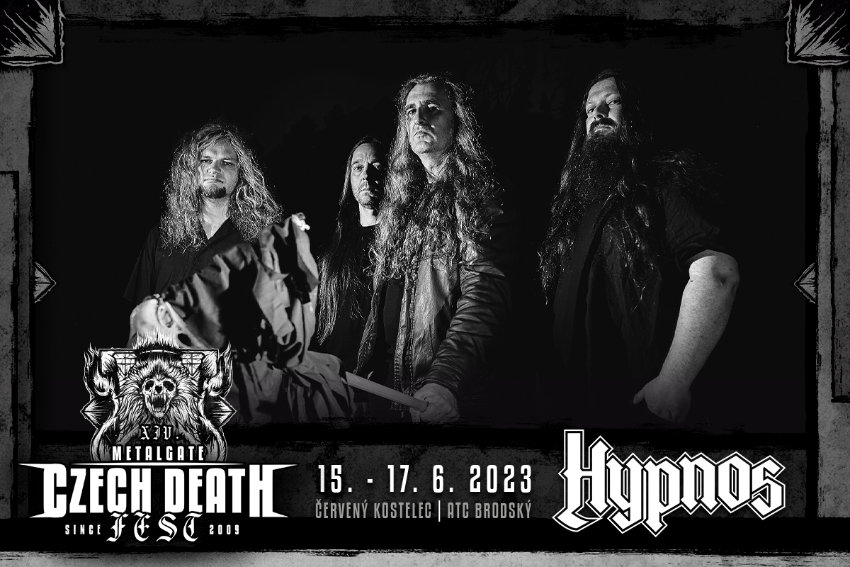 HYPNOS - a jewel not only of the Czech death/metal scene, will take part of our line-up after six long years. It's been almost a quarter of a century since this group of great musicians united around the leader "Bruno", who is undoubtedly one of the most important figures of the death metal scene in our country, has been roaming world stages. After the breakup of KRABATHOR, in 1999 Bruno and Pegas formed HYPNOS. They will come to us to present the very best that our metal scene has to offer.