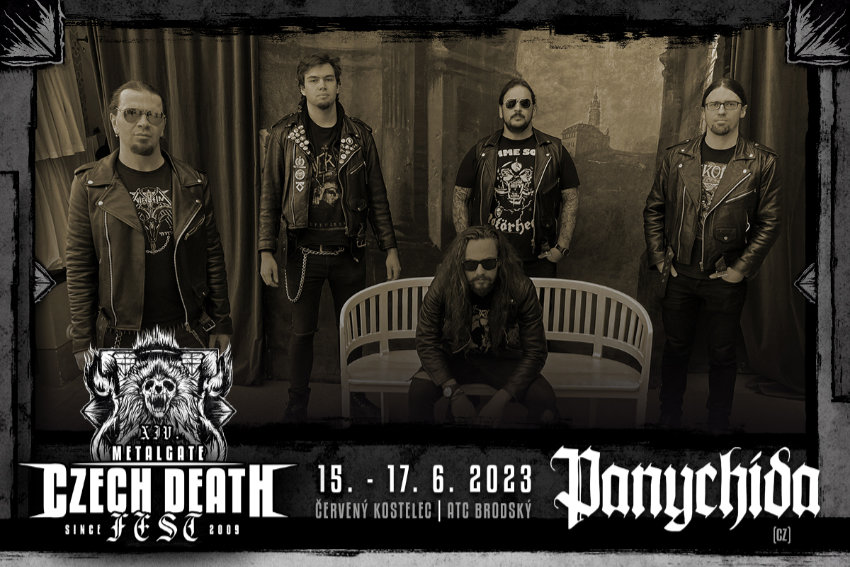 PANYCHIDA was founded in Pilsen in 2004. After five studio albums, many concerts in the Czech Republic, Europe, but also in more distant waters, the band gradually developed from its pagan roots into a distinguished mixture of black metal with classic heavy influences. Stylistically they present themselves as "Blackened Heavy Metal". In 2020, PANYCHIDA renewed its contract with the leading German underground label Folter Records and released the album "Gabreta Aeterna" - the winning album of the Břitva poll. The entire album is dedicated to the history and traditions of the wonderful Šumava. After this successful venture comes the mini-album "Říruřec : Dreisessel" (2022), recorded in a new line-up with Jakub Bayer on drums.