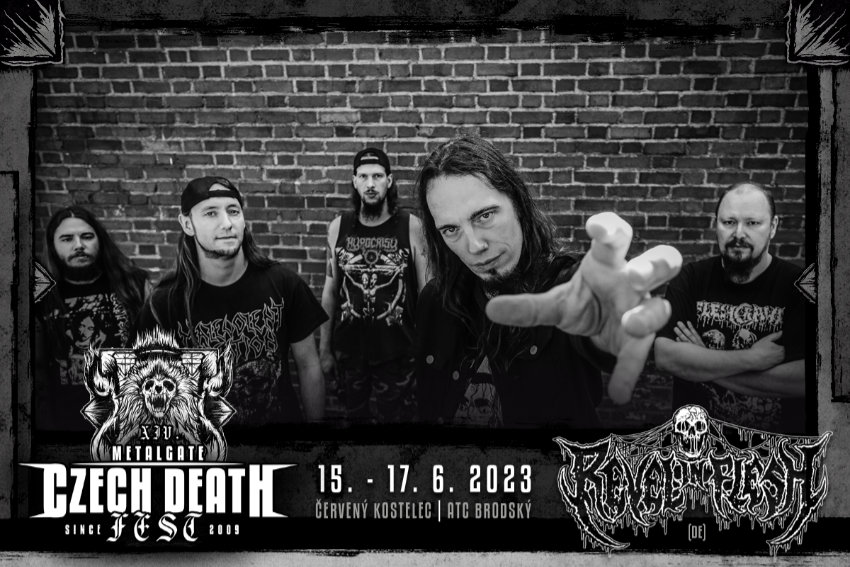 REVEL IN FLESH was formed in autumn 2011 with the clear agenda to deliver Death Metal in the classical early 90ies style. The debut album “Deathevokation” had a deadly impact as one of the first releases of the “New wave of German Death Metal”. Throughout five full length albums, over ten split vinyl releases and sampler contributions the band developer an own sort of branding, while keeping their Death Metal inspired by the early European bands, but mixed with more melodic and gloomy elements, too.